Pants on the Ground 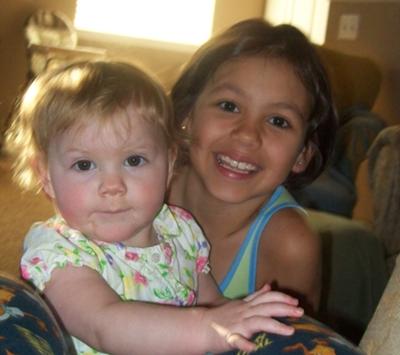 Cilla and I were browsing through our local department store. Now, mind you, I am a single mother, so I will normally buy my children only the necessities unless it is a Birthday or Christmas. However, if I had a million dollars I still probably wouldn’t buy my children everything they wanted because I believe that when children earn the things that they desire, they become humbler and more appreciative adults. So, there we are, walking through the shoe department of the store, and there they were, the most amazing Dora the Explorer tennis shoes you would have ever seen! Well, at least that is what Cilla, four years old at the time, thought.

Now, needless to say, I did not find these Dora shoes to be a “necessity” since a new school year had just begun and I had just bought her some new tennis shoes the previous week. Cilla, on the other hand, believed that life could not go on without these spectacular, earth-moving shoes. I explained to her that Mama did not have they money for those shoes, because I had just bought her some new shoes. She started crying as if somebody had just ripped the head off of her favorite Barbie doll. I told her that she would especially not get her way in any situation by acting like a spoiled cry-baby, and if she was going to act like that we would just leave all of the items we planned on purchasing and go home.

To give you a little bit of background, at this time I had lost some weight, and the sweat pants that I had on were a bit big. As I started to walk away from the shoe aisle she ran up behind me and grabbed me by each pant leg. Now, if you can use your imagination, when there is a three foot tall little person pulling on some pants that are way too big what do you think would happen? “Pants on the ground, Pants on the ground, lookin like a fool with your pants on the ground!” Yep! There you have it; my four year old just pulled my pants down in the middle of a department store. I will not give you a visual description of what others in the store saw that day, because I am sure it is quite disturbing!

Needless to say, my baggy sweat pants came right back up. But as I turned around and looked at Cilla, she was frozen, even more so than a kid who is playing freeze tag! Her eyes were as big as a deer caught in the head lights of a Mac Truck, with one left-over tear on her right cheek. She knew that she had just messed up bigger than any mess up known to any other four year old on earth!

I calmly grabbed her by her hand, left my shopping cart with all of the items in it, and walked out of the store. We got into the car, with not one word said. We drove all of the way home in complete silence, her eyes still as big as before. I honestly believed that I had terrified her and taught her a lesson just with my silence, being that during every other car ride we would sing songs together, or talk about her day. My silence that day was punishment enough. Four years later, at eight years old, Cilla walks by my side while we are at any store. She will point out things that she might like, or occasionally ask for something, but you will never see her act like “that child” again!