Mary Lou There's a Bug in Your Shoe 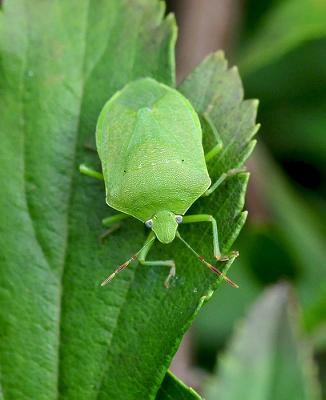 
Mary Lou put on her favorite shoes and took a stroll in the park. She was hurrying through the woods, so she could get home before it got dark. She nearly stepped on a green little beetle.

“ Oh I’m so sorry little beetle. I shall call you Meedle. But you have to go now because its getting quite late.” She put the tiny little beetle down, and continued walking straight.

As she was walking home, her feet began to itch. The itch got worse and worse. Mary Lou was thinking her shoes were cursed.

She ran to her neighbor Mr. Mater, and cried with all her might.
“Mr. Mater! Mr. Mater! I need you now not later; for my feet are itching like mad, help me help me! Get my dad!”
“Why Mary Lou that sounds bad! Come one, come on lets get your dad!” Said the frightened Mr.Mater.
He will know what to do, and he never gets mad.” Said Mary Lou.

At last they found her father, he asked what was the bother.
“Mary Lou’s shoes are making her itch, what do we do? Oh Mr. Vitz!”
“Oh Mary Lou I don’t know what to do! Go get your mom, she is with Ms.Don.”
All three ran across the wide street to the house that was Ms. Don’s. They banged and knocked on the big red door, they were disturbing the customers at the store next door.
As the door opened wide they told her mother who was not surprised. Her mother only smiled and simply spoke:
“Mary Lou, there’s a bug in your shoe.”
Mary Lou bent over and slipped off her sneakers, and she saw the little green beetle, that was Meedle.
“ Oh Meedle you silly beetle!” Laughed Mary Lou, Mr.Mater, and her mother and father.
Who would have thought that there was a bug, in Mary Lou’s shoe?