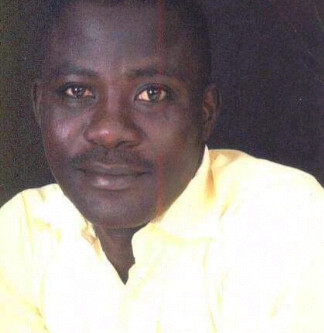 Total education yields reward, my father would say, the incomplete bring regret. Half knowledge is worse than ignorance. He hypothesized it as a one eyed man who claims he sees perfectly when in reality he suffers from myopia.

Whatever you want to become, be a good one, he would admonish, total education has no substitute. These sayings soon stuck in my subconscious mind though, it bore no meaning to me; neither did it really make any sense to me until I paid the price of incomplete education with my destiny.

During his life, my father did collect herbs; prepare and use them to make dry bones walk again. He would go into the farm and sometimes far into deep forest to gather herbal plants. When he returned he would show them to me and started lecturing.

“This is newbodia; you’ll squeeze out its juice and give to anyone suffering from insomnia. This one is called bitter leaf, fill a medium sized pot with an equal amount of lemon grass, add water and bring to boil it cures Bronchitis. This is the common water leaf; it cures both hypertension and hypotension. Pignut cures Epilepsy; Pigeon peas cure measles.”

Everything he did say impressed indelibly on my memory. And that, I thought, was all I need to know. While he would say it was not yet a complete body of knowledge until I could identify these herbal plants. How would I identify them; I didn’t make effort to. I always gave one excuse or the other not to follow my father to farm. The little plants I could recognize were those he brought home because he needed them. He would insist that I follow him so that he could show me which plant bears which name but I would decline.

My father lived long and then died. After his demise, I realized I couldn’t delve into herbal practice for my knowledge in the field is limited. So, I decided to change environment in order to earn myself a living. I considered many places but eventually set for Iludun.

At the time, Iludun was the biggest and the richest empire among the neighbouring towns. It was about four hundred miles away. On the fifth day when I reached the boarder of Iludun and I was about deciding on which way I should turn, I heard a voice. “Stop there! If you move an inch, you’re dead.”

Why and where should I run? Of course, I waited. After all, I’m not a thief, I thought. I stopped. I didn’t say a word; neither did I turn my head. I suddenly felt a strong grip and in the twinkling of an eye, I found myself in a lock up. In a little while, some guards came and took me out. Then, my thought changed to, “they have realized I’m innocent, they must have made a mistake.” But I was wrong. They took me to another cell because the previous one was overcrowded. I now had just an inmate. My cellmate didn’t look like he had been there for long. But he knew why he was there. He knew why I was there also, because we were there, just like every other inmate in the other cells, for the same reason. He had a luggage on him. He must be an immigrant like myself, I thought. But he didn’t look worried as I was. He seemed to have accepted his fate, or because he had no choice. He looked me in the eyes and then answered my unvoiced question.

“The king’s daughter, his only child, is seriously ill. Had I had the foreknowledge of it, I wouldn’t have come…”

“What has that got to do with our arrest?” I asked innocently.

“Iludun is a peaceful and wealthy place, the very reason why you and I have crossed rivers and streams down here. If anything goes wrong here, they hold the strangers and immigrants of that period responsible for it. We are considered the harbingers…”

“What’s the nature of the princess’s illness?” I asked curiously.

“She suffers from Pneumonia.”

“Isn’t any healer in this land?”

“They’ve all tried their best.”

“What if somebody cures her…?” I desperately wanted to save my neck.

“That man becomes her suitor a crown prince, a future king. That’s the king’s promise.

“Yea! I’m ruined.” I couldn’t keep my feeling. I was gnashing my teeth in regret. Now as if I was alone, I was soliloquizing. “And my father warned me against incomplete education.”

“He taught me how to cure virtually all ailments. But my indolence would not allow me to learn how to identify leaves. I only memorize…”

“You mean you know which herb can cure the princess’s…?”

“Mistletoe will surely do, my father told me. Mistletoe that grows on kola nut tree should be collected at noon. Squeeze some mistletoe in water, add a pint of salt and give the princess to drink. I can bet my life on it…”

“Mate, you’re no more the owner of your life, so you cannot put it on bet.” He gently put his right hand on my left shoulder. “Ours are like the two sides of the coin. I was born Oriola and raised by a farmer father. Each time he took me to the farm; he would show me a lot of plants and tell me different names each bears. I can identify virtually all plants by their names. But whenever I asked him the uses of these plants, he would reply, how would I know, I’m a farmer; not an herbalist. But he would insist I learn to identify them. ‘No knowledge is waste.’ He did say.”

I couldn’t control the growing sense of anxiety. “Can you identify this plant called Mistletoe?”

“Wisdom is gold, my father asserted. I learnt a lot of things I never knew their knowledge would one day be useful…” He paused as he saw one of the prison guards pass by. He quickly shouted. “Hey”.

“The guard moved closer to my mate and said. “You are awaiting death, what rights have you to summon me?”

“I’m not going to die, I’ll live for I have cure for the princess’s illness.”

“Are you sure of this?” the guard inquired.

“If you later prove to be a fake, you’ll die the most painful death.”

“I will heal the princess.”

I was indignant and wanted to protest as the guard unlocked our cell and took my mate out but stopped as the implication of not able to identify the plant dawned on me. Rather, I pleaded, “Mate, Oriola, don’t forget me.”

The next time I saw my mate; I couldn’t but address him as “Your Highness.” And that was when my father’s saying, “total education brings reward; incomplete education, regret,” now bore meaning to me. I served as a guard under the new monarch of Iludun, king Oriola 1.