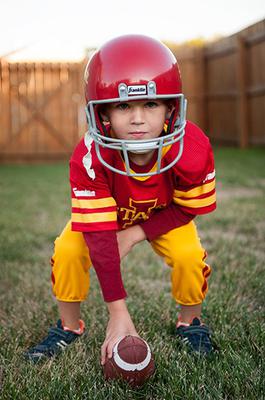 MCDONOUGH, Ga.-- My name is Andrew J. Kuzyk and I reside just south of Atlanta in McDonough, Georgia. On the outside I look just like an ordinary 53-year-old man.

What you may not know is how strong of faith I am and how I have miraculously survived deadly cancers six different times now.

Oncologists told me that I am now the only man in the World to beat cancer six times. I have a healthy outlook on life, because I do believe in the Lord and I am convinced the Lord heals those who have faith.

I was first diagnosed with malignant melanoma skin cancer at the tender age of 8. Surgeons were forced to take about an inch of my right ear. I'm glad they did, because kids would always make fun of the way it looked before the surgery.

Then at age 17, I was afflicted with cancer in my appendix. Emergency surgery removed the organ just before it would have ruptured. Later that same year, I had been experiencing excruciating left leg pain and doctors discovered that I had malignant tumor in my lower leg bone.

It was literally just a matter of surgeons taking a bone saw and literally sawing my leg in half to get at the tumor. "It was a very long, slow recovery." About five years later while at college Kuzyk had a couple moles examined by a dermatologist and the biopsies were both diagnosed as stage-4 malignant melanomas.

This was a dark diagnosis to be sure and all Kuzyk could do was pray...pray hard. It was time to lean hard on my faith again. The surgeon told me two extra wide, deep excision surgeries were the only hope we had and even then, the prognosis was bleak. I had the agonizing surgeries and to date no residual cancer! A miracle in and of itself.

I thought 5 times was really enough. However at 47 cancer had another curveball ready for me. I was already in an Arizona hospital undergoing a cardiac Catholic procedure, when unimaginable pain developed in my right back area. I was rushed to get a body scan and it was not good folks. A bright mass showed up in my right kidney...renal cell carcinoma.

Back in my hospital room, 4 surgeons entered my room to discuss the removal of my cancerous kidney and a very limited life expectancy. The large tumor was located right in the heart of the kidney. They told me the grim prognosis and I told them to take the kidney.

That was a couple years ago and I am still here! Open your heart, open your mind and pray about what is going on in your life. Trust me, there is healing in his name. As I sit here writing this I am free of cancer. I still have Lupus, I still have Alzheimer's, I still need double knee replacement and I Still Pray!