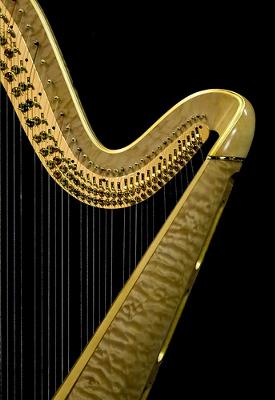 “Come on Lucky, we can't miss the market,” Taylor called out as he began roughly trotting down the old gravel path in his ruffed up blue jean overalls and his tall straw hat. “Mom asked us to pick up some milk and baby chicks. Darn foxes are getting too many of our chickens.” Lucky gave a thunderous bark as he lazily pulled himself up from the luscious area where he was sunning.

Taylor quickened his pace as he saw the sun slowly dropping from the sky. “There it is Lucky, the market.” Taylor smiled as he pointed into the sunset where an old, rusty gate guarded the town market. Seconds later a frightened cry rang out in the woods. Taylor screamed, an angry raccoon had made himself known in the forest by jumping onto the path and giving a warning hiss, throwing his long, sharp claws in the air, warning off any passing intruders. “Gosh darn it Lucky, we will never make it to the market in time if we have to go around this nuisance.” Lucky understood his master's concerns and quickly barred his teeth, giving a violent growl along with a snap in the raccoon's direction. The raccoon just gave a shrill hiss and returned Lucky’s snap.

“Oh silly dog, this here raccoon won't be afraid of any old mutt. The only way we can get it to go is if we scare it off!” Taylor was sure of his plan as he ran over to a large maple tree and pulled off a switch. “Who dares to block the path of a noble knight?” Lucky assisted his master with a rough, angry barks. Taylor waved his switch in the air. “Leave now, pest, or I will rid the forest of you.” Taylor lied, he knew he could never hurt such a pretty thing.

“Last warning creature!” The raccoon stood his ground. The ground began to rumble and shake. “Earthquake?” Taylor questioned Lucky. Taylor turned around and saw dust flying, a cart was racing towards them! Horses hooves thundered as a large carriage flew right at them. The raccoon chose life and quickly scurried off the path. Taylor grabbed Lucky by his dusty scruff and jumped into the brush as the cart raced by.

“That was fun, huh Lucky? ” asked Taylor as he dusted off his overalls and picked his hat up off of a bush. “Well, now the coon's gone we can go to the market.” He began walking down the now very grimy path.

The first stall he came across was a storybook cart. He picked one up and looked over the old dusty pages. Oh, how Taylor wished he could read, it would be lovely reading about heroic knights. But never-the-less he had to get his job done. He looked around until he saw a cart with a cow tied up next to it. “Hello Sir, how much for two buckets?” Taylor asked as he looked over the cow, making sure it's milk would be sweet and filling.

“For a fine, young boy like you, two pennies,” an elderly man said as he pulled out a pail and stool. “As long as you milk her yourself.” The man laughed as Taylor's face turned chalk white, he had never milked a cow before. Only a little nanny goat. But the price was cheap and he couldn’t pass up the offer.

“Alright.” Said Taylor as he reached into his pocket and pulled out a gleaming nickel. “Got change?” Taylor questioned before he handed the man his nickel.

“Sure do.” said the man as he pulled out three gleaming pennies from his pocket and set them on the table. Taylor quickly snatched up the pennies and placed the nickel on the table. “Smart fellow, are ya?” asked the man as Taylor sat down and started milking the cow.

“You learn a lot in this town.” was the only thing Taylor said as he listened to the rhythmic squirts in the bucket.

“Well, have you heard the tale of the golden harp?” asked the man.

“As in Jack and the beanstalk?” questioned Taylor with glittering eyes.

“No, but this story is related to Jack and the beanstalk.”

“Oh, how?” Taylor asked with a exited tone. Jack and the beanstalk was his favorite story, his mother would take him in her arms and tell and retell the exiting story to him over and over again.

“Well, did you ever wonder what happened to Jack's wonderful harp once he passed?”

“Oh, surely he had heirs to his treasures!” Taylor cried aloud.

“Surely he did, my lad, but what happened when they went to rest with no heirs? What happened then?”

Taylor scooted away from the cow, he glanced over to Lucky where he sat so patiently near the baby chicks for sale.

“I have no clue,” Taylor pondered.

“Legend has it that the Harp was buried with the sons of Jack. But some grave robbers snatched the Harp from the cold hands of the heirs.” Taylor gasped, he had heard of grave robbers, they where nasty men that took precious and valuable things from graves. “Yes, they snatched it up with greedy hands and fled, far away to hear the beautiful music on the magical harp. But one tragic day, they lost the harp on one of their travels and never saw it again. People say they can hear the harp play its song and call out to its fallen master right here in this very village! Well, not exactly in the village, in the forest of the village.”

Taylor looked with dim eyes to the forest, legend had it, whoever went in. Never came out. “Thank you for your time and wonderful story, Jack,” said Taylor. He grabbed his bucket of milk so quickly, the frothy cream that had settled at the top gently sloshed off the sides and over the rim. Forgetting his second bucket of milk Taylor made a mad dash to Lucky and quickly handed the chicken farmer two cents with his last lucky penny riding in his pocket. The farmer handed him three healthy chicks and Taylor hastily made for home, Lucky bouncing at his side.

“I'm home mother!” Taylor called out as he headed to their small chicken coop, gently setting down his bucket of milk to safely place the chicks inside the coop. Once the task was done he grabbed his bucket and ran inside his old shack of a home.“I'm home mother.” Taylor said again, gently this time.

“Ah, my son.” said Mary as she pulled him close and kissed his head. “How was the market?” she asked as she took the bucket of milk from her son.

“It was okay. A kind man told me a story about some grave robbers.”

“Oh, did he now?” Mary asked as she placed the bucket of milk under a stool, in hopes to keep it from spilling.

“Yes, it was the story of the Golden Harp,” said Taylor as he gnabbed a grape and popped it into his mouth.

“That story is nothing but a rumor, like Jack and the Beanstalk itself,” Mary said confidently as she dusted the counter tops.

“Oh Ma, but what if it's not? We would be rich!” Taylor said as he plopped down on an old wooden chair.

“If you really want to help make us rich, find that gold laying hen of his!” Mary joked as she hugged her son. “I'm off to bed, remember I have to go see my mother tomorrow, so I won't be back for a few days,” said Mary as she climbed into a small cot next to a smoking fire.

“Good night Ma,” Taylor whispered as he climbed into his own cot and quickly fell asleep. His dreams were full of giants, gold laying hens, and beautiful, magical harps. His sleep was peaceful, and he slept so long he missed seeing his mother off on her trip.

Click here to continue reading the end of The Harp.