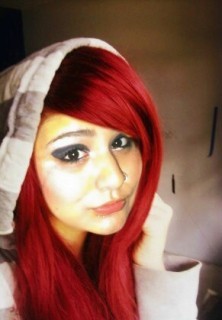 “Thank you,” she said, breathless with excitement.

Ava walked over and extended her hand. “Congratulations, Tess,” she said, arching her right brow. “We both know what you did.”

“I have no idea what you are talking about.” She smiled like a fierce lioness inviting a cub to play.

“You sound like a sore loser to me,” said Gretchen, wearing an implacable smile.

“Is there a problem, ladies?” Miss Burnett, the school’s principal, asked.

Ava tried to gasp out an apology to Mr. Kline, who watched her with concern. “No. Everything is fine. I was just congratulating the winner.”

The next morning, Ava was walking to her homeroom class when she was accosted by Tess and Gretchen. “You’re white trash,” Tess said. “And you stink.”

“If you know what’s good for you, you’ll keep your mouth shut,” Gretchen said, knocking Ava’s books out of her hands.

As Ava stood there peering at them through her brown-framed glasses, Miss Burnett walked up to them. “Ava, why do you insist upon causing trouble? Please, pick up your books and go to your homeroom.”

That same afternoon, a representative from the local newspaper, along with a camera man, were present when Tess received her award and check in the amount of five thousand dollars for her winning entry.

Tess stood proudly on stage in front of the entire school as she accepted her accolades from Principal Burnett.

The representative from the newspaper rose and stepped up to a microphone. “Tess, I would like to ask you a few questions, please.”

“From where did you come up with the idea for your story?”

Tess’ mouth dropped open. There was a flicker of surprise in her eyes, as if this was something she’d never been asked before.

“I have a very vivid imagination.”

“Well, that’s obvious, but what was your inspiration?”

The question brought a wash of uncomfortable color to Tess’ face. She took a long time about answering.

“No. I have low blood sugar, and I’m about to faint,” she whispered, falling to the floor.

The ceremony was concluded and Tess was immediately taken to the school nurse’s office.

“Tess, drink this glass of orange juice. It will help you feel better,” the nurse said. “Your mother should be here shortly.”

“W-what? Why is my mother coming here?”

“I called her,” said Principal Burnett. “You fainted.”

Before she could finish her sentence, her mother entered the room.

“What happened to my daughter?”

“We were not aware she suffered from hypoglycemia,” Principal Burnett interjected.

“W-what? My daughter doesn’t have hypoglycemia. Tess, what’s going on?”

“It’s not an infectious disease,” the nurse said.

“Is this about that awful girl bullying you again?” her mother asked.

“Yes, that’s it,” said Tess. "She was bullying me and Gretchen this morning.”

“Well, Ms. Burnett, I hope you plan to do something about this or else I will have my husband file a lawsuit against your school. Now, if you don’t mind, I’m taking my daughter home.”

The following Monday morning, a meeting was attended by Tess and her family, Ava and her father, and Principal Burnett.

“Mr. Monger,” the principal began, “your daughter, Ava, has been bullying Tess, and I have no recourse but to suspend her for her abusive actions.”

Tess stared at Ava with a big grin on her face.

“I think you have this situation completely turned around,” Mr. Monger said. “I happen to know that Tess stole my daughter’s story and tried to make it her own.”

“Now, you listen to me, you white trash liar. My daughter would never do such a thing. It was your daughter who tried to steal the story!" screamed Tess' mother.

Mr. Monger remained very calm as he replied. “It’s obvious from whom your daughter gets her manners. I’ve never thought of myself and my daughter as being white trash. I was in my fourth year of medical school, when my wife and I were involved in a car accident. We were struck by a drunk driver. My wife died instantly, and I sustained major injuries, causing the loss of my right arm. My career as a surgeon ended that day.”

“My daughter’s stories and poems she’s written. I have a copy of her story which was stolen from her. It was the story about her mother.”

Tess’ father looked at his daughter. “Did you steal Ava’s story?”

He held the copy in his hand. “Now, Tess, tell me about the story.”

Tess shook her head. “Dad, I can’t remember all of it.”

He then looked at Ava. “Ava, can you tell me about the story?”

Ava reiterated the story to the group.

“Mr. Monger, it was my daughter, Tess, who stole the story, and no doubt, she’s the bully. Please accept my apology, and I’ll see that the money is given to your daughter. Now, Ms. Burnett, I believe it is Tess who should be suspended.”